As in other countries, archaeologists in the excavations in Latvia have found bone arrowheads that were used in the 9th-4th centurie B.C. These findings were found in the cemetery and the primeval human camp “Zvejnieki” (in the lower reaches of the Ruja river) and Osa camp (near lake Lubāna).

During the excavations of the Cēsis Medieval Castle, built in the 13th century, many medieval artefacts were found, including arrowheads and a bow that had settled in a ditch in a humid environment and remained fairly well. In archaeological excavations of the Turaida Castle 355 iron arrowheads ware found, that were used in the 13th-16th century. Their size and creation are amazingly varied, as they have been used for shooting with bows and crossbows. The sizes of the arrows vary from 42 mm to 115 mm. 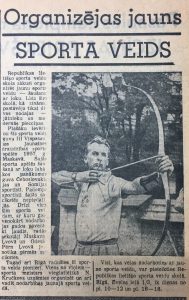 Archery as a sport in the territory of Latvia began to spread from 1960, when it started to attract a relatively large number of people (more than 100, but already in 1963 more than 1000), despite the fact that there were no equipment and professional coaches and in fact they were amateurs in this area. Only thanks to these enthusiasts we can talk about archery in Latvia as a sport.

The “birthday” of archery as a sport in Latvia can be considered March 12, 1960, when the article “New sport is organising” was posted in the newspaper “Sports”, which said that “Latvia School of Applied Sports has begun to organise a new sport – archery.” One of the pioneers of archery in Latvia was sports master in athletics Mikhail Kriuchkov, he undertook to organise lessons in archery. The first trainings took place in Riga. To save paper target faces, archers themselves made and painted several targets from straw. 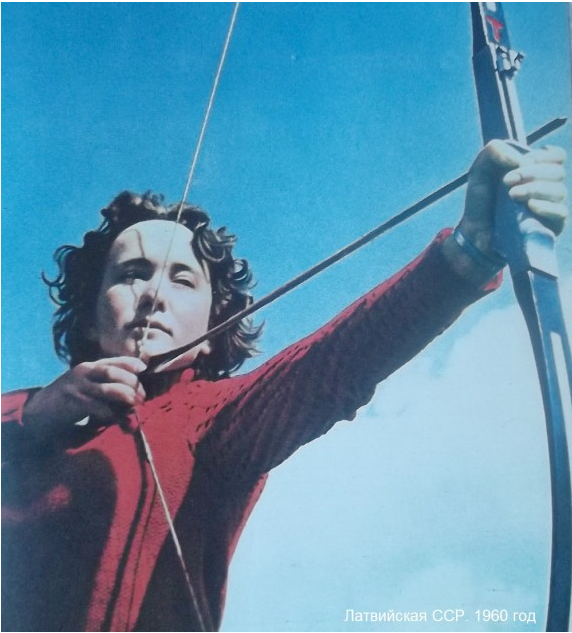 Latvia was one of the first republics in the Soviet Union to develop this sport. Before the 1960, archer groups were formed only in Moscow and Lviv (Ukraine).

On June 7, 1960, the first official competition took place in Latvia. On August 29, 1961 the first international competition takes place at Dinamo Stadium, but in June 1961 was first Riga Championship. At the beginning of 1962 separate Archery Committee was formed under the Latvian SSR Sports Committee. Starting from January 1, 1963 “Sports Master” norm is introduced in the sport classification of archery.

At November 20, 1963 in Riga Tram & Trolleybus Park (TTP) was held founding meeting of the Latvian Archery Federation and Latvian Archery Federation was established. At the end of 1963, Latvia has many qualified archery judges and more than 100 public instructors operating in Riga, Liepāja, Cēsis, Jelgava, Rēzekne, Gaujiena and Smiltene. In the summer of 1964, archery was included in the Riga Sports Games program. On February 21, 1965 first ski archery competition was organised in Riga.

At the same time as the collapse of the Soviet Union, archery in Latvia and the Baltic States is beginning to disappear. Struggling with rebulding independent Republic of Latvia, was hard to develop any sport. 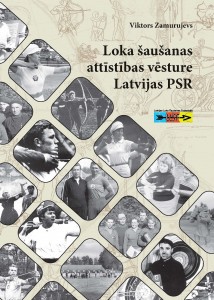 In the 1994 Latvian Archery Federation joins the International Archery Federation (FITA), but at the 1995 World Championships in Birmingham, England Latvia’s team start is like the last agony, and after the championship everything ends. There are only four archers left who continue to train individually – in private yards, organising “Apple Garden Cups”, participating in competitions in Lithuania and Estonia.

In 2013 Latvian Archery Federation celebrates its 50th anniversary with translating and issuing book “History of Archery Development in the Latvian SSR” written by Viktor Zamurujev in 1983, which summarizes information about archery in Latvia from the time of its beginning in the 1960s till the book writing time in 1980s. The book is designed as a double book where the original Russian text is read on the one side and the Latvian translation on the other. The original of the book manuscript is kept at the Latvian Sports Museum and a copy of it was gifted to LAF in 2007.